To share your memory on the wall of Cynthia Chappa, sign in using one of the following options:

Cynthia graduated from University of Wisconsin-Oshkosh with a Bachelor of Science. She was proudly employed by WalMart over the past 10+ years and was known for greeting customers with a contagious smile and stories of her dear grandson, Keona. Whether at work or in private, anyone blessed enough to know Cyndi, knew they would not leave her without a smile on their face. Cyndi was so very loved and will be missed terribly by many.

Cynthia was preceded in death by her father, Lawrence A. Chappa and stepfather, Donald Leetch as well as paternal grandparents, Harry and Theresa Chappa and maternal grandparents, Harry, and Lucy Stevens. She is further preceded in death by her aunts and uncles, Leonard Reetz, Yvonne (Richard) VanDyke, Patricia Hess, and Harriet (Arnold) Lein and James Vonderloh.

Cyndi’s family would like to thank all of the people who selflessly cared for her and stood by her during her battle: Joshua and Jesika Koteski, Justin Reinl and Stephanie Gomoll-Reinl, John and Carrie Nikolaus, Lyn Much, Karen Behm, and the wonderful staff at Parkview.

Due to the restrictions of Covid-19, a memorial service is being held at Omro Cemetery on 1600 Waukau Rd, Omro, WI at noon on Saturday, May 9 with social distancing being practiced. We ask that guests remain in or near their vehicles throughout the service. In lieu of flowers, memorials to assist with Cynthia’s burial can be sent to 1089 Honey Creek Road, Oshkosh WI 54904.
Read Less

To send flowers to the family or plant a tree in memory of Cynthia Lucy Chappa, please visit our Heartfelt Sympathies Store.

Receive notifications about information and event scheduling for Cynthia

We encourage you to share your most beloved memories of Cynthia here, so that the family and other loved ones can always see it. You can upload cherished photographs, or share your favorite stories, and can even comment on those shared by others.

Posted May 22, 2020 at 04:43pm
My heart was sadden over the loss of Cynthia and I wanted to send my warmest condolences to the family. To lose someone so loved, a part of your life, can bring such overwhelming grief but the God of all comfort tells us at 2 Kings 20:5 he feels our pain. At jw.org we can read John 5:28, 29 that you will have her in your life once again. May all the memories you have give you calm and peace to help you through until God’s promises come true. Again so very sorry for your heartache.🌻
Comment Share
Share via:
C

Posted May 06, 2020 at 08:33pm
Cyndi was one of the nicest, kindest, thoughtful, caring people I have ever been blessed to know and have a part of my life and family! I will truly miss her smile and our chats on the phone! She always worried more about others than herself even through her battle with cancer. Cyndi would call me to see how I was doing when my dad was in the hospital and worried about me more than what she was going through. I will never forget her kind words and support and how she always put others first.
Comment Share
Share via:
GA

Posted May 06, 2020 at 12:04pm
Cynthia was a very special person who made me smile I worked with Cynthia and she was precious,,From myself and the girls at WalMart. God has you now.

Posted May 05, 2020 at 04:36pm
Always a smile and just a really nice person...God has His plan and Cynthia is there to watch down on all of her family,,,,She was smiling always. as I remember her; Gloria Wenninger
Comment Share
Share via:
L

Posted May 05, 2020 at 10:00am
Every Saturday morning, Cyndi and I would have our weekly sisters chat. It was something that I looked forward to and enjoyed so very much.

Whether it was a short weekly catch-up or an hour-long call, it was always a special part of the weekend.

We often talked about fond memories growing up. Like the farm... a favorite topic for both of us. Or the time that Buffy (our peekapoo) got out and took a stroll around the neighborhood, only to end up visiting Jon Vonderloh (related by marriage and Chief of Police) and peeing on the tire of his police car! Or Cyndi's memories of working at Holiday Inn. She loved that job. Cyndi was such a people person and enjoyed getting to know a wide variety of people, especially during EAA.

Whether light-hearted or sad, those Saturday morning chats were the foundation of a bond that I will always cherish and a sister I miss with all my heart.
Comment Share
Share via: 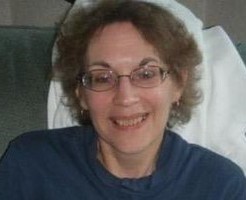 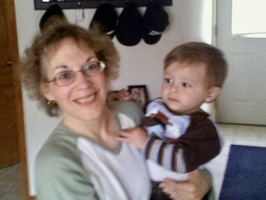 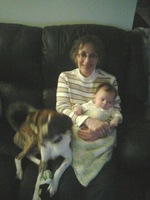 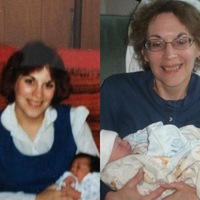