To share your memory on the wall of David Schlichting, sign in using one of the following options:

Print
David N. Schlichting, age 68, passed away at Aurora Medical Center on Saturday, April 25, 2020. David had suffered many years from complications from his exposure to Agent Orange in Vietnam.

David was born on July 12, 1951 in Oshkosh,... Read More
David N. Schlichting, age 68, passed away at Aurora Medical Center on Saturday, April 25, 2020. David had suffered many years from complications from his exposure to Agent Orange in Vietnam.

David was born on July 12, 1951 in Oshkosh, the sixth child of Edward and Ella Schlichting. He attended Oshkosh West High School an after his senior year, joined the Army in September, 1969.

Dave received basic training at Ft. Campbell, KY and Advanced Leadership training and Advanced Individual training at Ft. Knox, KY. Upon graduation from training, David volunteered for service in Vietnam. Dave was assigned to E-Troop 1st Cavalry 23rd Division. He was extremely proud of his service in Vietnam and was awarded among others, two Army Accommodations medals, good conduct medal, and Combat Infantry Badge. David was discharged from service in 1975 at the rank of Sergeant.

David met his wife, Kathy Eyers-Hein, in 1976 and they married in 1978 in Las Vegas. He often referred to Kathy as “His Best Friend.”

Dave was an interstate truck driver for 10 years and then in 1986 joined state service as a corrections officer, working at Green Bay, Taycheeda, Oshkosh and then being promoted to sergeant 1991 at the Wisconsin Resource Center in Winnebago. David was again promoted in 1996 to Psychiatric Care Supervisor at W. R. C. where he was medically retired in 2004.

Dave was a life-time member of The American Veterans Association, Khe Shan Veterans, and past Vice President of Vietnam Veterans, Chapter 436 in Oshkosh.

David treasured going to his condos in Florida every year with his wife, children, grandkids, and friends, Carl and Beckie Geise and their children, Jacob and Jessica.

A public visitation will be from 5:00 p.m. until the private family memorial service at 7:00 p.m. followed by military honors on Thursday, July 30, 2020 at Seefeld Funeral Home. CDC guidelines will be observed including the use of masks. Online condolences may be sent to www.seefeldfuneral.com.
Read Less

To send flowers to the family or plant a tree in memory of David Neil Schlichting, please visit our Heartfelt Sympathies Store.

Receive notifications about information and event scheduling for David

We encourage you to share your most beloved memories of David here, so that the family and other loved ones can always see it. You can upload cherished photographs, or share your favorite stories, and can even comment on those shared by others.

Posted Jul 30, 2020 at 12:10am
David was a blessing in our lives and we will forever cherish the memories we made with him. May God bring you peace and comfort in the days ahead.

Flowers were purchased for the family of David Schlichting. Send Flowers

Posted Jul 24, 2020 at 12:30pm
Dave was a one of a kind. He fought in a war that no side could win and like so many others never fully got the praise he deserved for his service. Dave cared about people and loved his family. I had the pleasure of having Dave work with me at the sport shop and our friendship continued long after he decided he decided to enjoy his freedom to hunt and enjoy his grandkids and occasional trips out west. I will always remember him for a man that "called em" the way he saw it. To all of those in his family my deepest sympathy and let him forever be in your heart.
Comment Share
Share via: 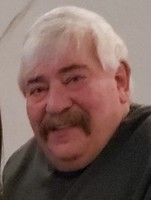