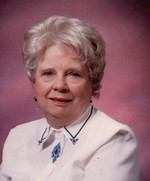 Dorothy P. Wolff, age 97, of Oshkosh and formerly of Menasha, passed away Friday morning, January 17, 2020, at Bella Vista Assisted Living Facility in Oshkosh. Born on March 21, 1922, in Oshkosh, the daughter of Paul and Mabel (Brown) Tesch, Dorothy was a graduate of Oshkosh High School Class of 1941.
In June of 1944, Dorothy married Edgar Wolff, together they owned and operated the Sugar Bowl Soda Shop. They moved to Menasha in 1956, where they were employed by Kimberly Clark Corporation until her retirement in 1984. She was a member of St. Timothy Lutheran Church in Menasha. With over 60 years of living in Menasha, Dorothy had made many dear friends.
Love of travel by both Dorothy and Ed sent them on trips often and Dorothy’s favorite country was Spain. In 2018, Dorothy returned to Oshkosh to live at Bella Vista Assisted Living.
Survivors include a son and daughter-in-law, Tim and Julie Wolff of Ellington, Wisconsin; four nieces, Gail Munch, Lauralee Peppler, and Gloria Moxin, all of Oshkosh; and Ione Kaminsky of Florida. She is preceded in death by her husband, Edgar; a brother, Clarence Tesch; two sisters, Meta Anderson and Florence Lindgren; and two nephews, Clarence Lindgren and Elmer Anderson Jr.
Funeral services will be held on Tuesday, January 21, 2020, at 2:00 p.m. in Lake View Memorial Park Chapel, 2786 Algoma Blvd, Oshkosh, with Pastor David Skarsten officiating. Interment will be on the cemetery grounds. A time of visiting and sharing of memories will be held on Tuesday from 1:00 to 2:00 p.m. at the cemetery chapel. Memorials in Dorothy’s memory to the Wounded Warriors Program would be very much appreciated.
A heartfelt thank you to Deb and all the caring nurses and staff at Heartland Hospice for the fantastic and loving care given to Dorothy.