Obituary for Edwin B. Smith 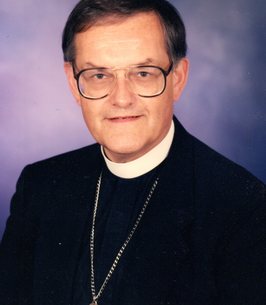 Ed grew up in Milwaukee and graduated from Carroll College. After graduation he married his wife of 62 years, Joan Williamson. Together they headed off to Indiana University where Ed obtained his Masters degree and then it was on to Kent State University where he earned his PHD. Continuing his passion for Education Ed began his career as the Dean of Students at Illinois State University eventually moving to the University of Wisconsin Oshkosh ultimately becoming the Assistant Chancellor for Student Affairs until his retirement in 1996.

After his retirement he began his second career as an ordained Episcopal Priest. He faithfully served the Diocese of Fond du Lac until weeks before his death. While he served in many roles within the diocese Ed found true joy in serving as the Diocesan Youth Director for 17 years where he impacted many young people with whom he has maintained decades long friendships. He relished watching them grow into adulthood, presiding over their weddings and baptizing their children. He also served as an Interim priest in several congregations and was a supply priest in almost every parish in the diocese. His love for Jesus was unwavering and he was unapologetic in passing that onto so many people.

Ed had a heart for service & a love for people. He saw the best in everyone and wanted everyone to know they were special. Ed was active in the Oshkosh Community in many ways. He, along with his wife Joan welcomed over 30 children into their home as Foster parents and he held positions on several boards over the years including the Boys & Girls Club & Lourdes Academy. He also enjoyed being a Chaplain for the Oshkosh Police Dept.

We will celebrate Edwin’s life on Tuesday August 16th at St. Thomas Episcopal Church in Menasha. Visitation from 4:00-5:30 p.m., Eucharist at 5:30 p.m., and a reception following the service.

In lieu of flowers, a memorial contribution may be made to St. Thomas Church.