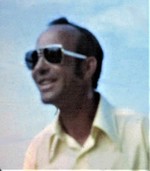 Ellwyn “Al” Carl Helmer, age 85, went to eternal peace at Bethel Home in Oshkosh, WI on Wednesday, December 4, 2019 surrounded by family. He was a resident there for almost six months.
He was born at St. Agnes Hospital in Fond du Lac, WI on August 23, 1934 to Carl and Fern (nee Thornton) Helmer, Al grew up and lived most of his life in Wisconsin in the communities of Theresa, Mayville, Winneconne, and finally Oshkosh. While growing up he worked on many farms in the area. He did live briefly in Witchita, Kansas as an adult. He traveled with his family of six girls to Virginia, Maryland, Illinois, and Colorado, camping throughout along the way.

Al was a skilled carpenter, mechanic, and all-around fixer upper/repairman for his family. He belonged to the local Carpenter’s Union #252 in Oshkosh. He built his own home and was very proud of it. He worked on all kinds of cars and motors. Al collected John Deere toy tractors, matchbox cars, antique clocks (which he repaired), and was a skilled gardener of roses. He taught his daughters many of his skills.

A celebration of Al’s life will be held at Zion Lutheran Church, 400 N. Sawyer St. Oshkosh, WI on Sunday December 8, 2019 with visitation beginning at 3:00pm and lasting until time of service at 4:00pm.
Memorials may be sent to Zion Lutheran Church.

Special thank you to the staff at Bethel Home in Oshkosh for taking such loving care of our loved one. He celebrated his 85th birthday at Bethel Home with friends, residents, family and staff there.

His daughter Pattie in Heaven was waiting for him and will show him the ropes and take good care of him.

Until we meet again as one big family, love you Dad and say hello to all our friends and family there. We will miss you here but know you are at peace.