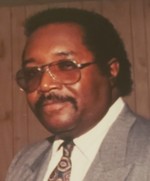 George Williams, age 73, passed away surrounded by his loving family on Thursday, October 17, 2019. He was born in Columbus, MS on January 31, 1946 the son of the late John and Mary (Gordon) Williams. On June 12, 1986 he married Leintine Brown in Chicago. George worked in construction for many years. He enjoyed singing and dancing. Sports were also important as he liked playing basketball with his children and bike riding. He was also known to play a lot of card and board games with them. George will be remembered for the love he had for his family, especially his wife, children and grandchildren.

The family extends a special thank you to the entire staff at Theda Care, Neenah, for their wonderful care.