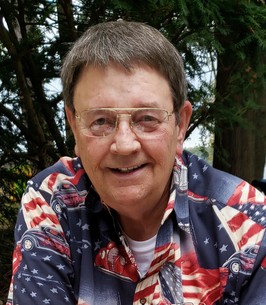 Gordy was born in Oshkosh on October 10, 1949, the son of Elmer and Ruth (Schultz) Czoschke. He married Karen Fischer on June 16, 1972. They have one daughter, Crissy. Gordy was employed by the State of Wisconsin (WMHI, Waupun Correctional Institute) for 32 years until his retirement. He was a member of St. John’s Evangelical Lutheran Church. He served in the Army from 1968-1972. While serving in Vietnam, he was awarded the National Defense Service Medal; Republic of Vietnam Campaign Medal; Vietnam Service Medal with both Silver and Bronze Service Stars. He is also a member of the Wisconsin Nation Guard, serving with the 1157th transportation company from 1979 to 1994.

Gordy was preceded in death by his parents, Elmer and Ruth; his beautiful wife, Karen; brothers-in-law, Russell Crossman and Gerald Fischer; father-in-law, Clarence Fischer; and his faithful dog of 17 years, Muppy.

The family would like the thank everyone at Aurora Medical Center – Oshkosh for their dedication and compassion toward Gordy.

Gordy will be laid to rest at Lake View Memorial Park, 2786 Algoma Blvd. Oshkosh, on August 9, at 11am with full military honors preformed graveside.