To share your memory on the wall of Gordon Tellock, sign in using one of the following options:

Gordon started his career with the Wisconsin Telephone Company in 1941 and enlisted in the Army Air Force in 1942. After completing courses in Electronics, Mathematics and Physics at Washington University and Yale University, Gordon was commissioned as 2nd Lieutenant and sent to the South Pacific, spending time in Leyte, Luzon, Okinawa, Tinian and Japan during WWII. After 32 years of active and reserve duty in the U.S. Air Force, Gordon retired as a Lieutenant Colonel. Gordon remained active with the Admissions Liaison Officer Program, serving as trusted advisor and counseling candidates from appointment through successful graduation from the academy, often swearing the cadets in himself. In 2008 the U.S. Air Force presented Gordon with a Lifetime Achievement award for his many voluntary actions in support of the program. In 2009 the State of Wisconsin presented Gordon with the “Tellock” award for his 42 years of dedication to the program, thereby establishing the criteria for the honor that bears his name.

Gordon continued working for Ameritech, Southwestern Bell and AT&T until his retirement as Plant Manager in 1984. Gordon was past President and Lt. Governor of Kiwanis, served on the Salvation Army Advisory Board and was a lifetime member of the Air Force Association, Silver Falcons, Reserve Officers Association, American Legion, VFW, Elks Club and Military Officers Association of America. As a member of Tripoli Shriners, he worked directly with Shriners Hospitals for Children-Chicago. Gordon was a member of the First Presbyterian Church, past treasurer, past member of the board of Trustees and an ordained elder. Gordon’s relationship with God was felt by his family as he said grace over Christmas breakfast every year.

In his younger years, he played softball for the Sunlites and Wertch’s Motor, being inducted into to the Oshkosh Softball Hall of Fame in 2000. He also refereed and umpired for Oshkosh and around the state for high schools and colleges. Gordon was an avid golfer, traveling to courses across the country with Martha by his side, and savored his winters spent in Florida. He enjoyed fishing and spending time on the hunting land. Being almost as old as the team itself, Gordon was a Packer fan and season ticket holder.

A private service will be held by the family. Entombment will follow at Lake View Memorial Park Oshkosh. In lieu of flowers, a memorial fund has been established in Gordon’s memory at the First Presbyterian Church of Oshkosh, 110 Church Ave., Oshkosh, WI 54901.

“He has shown you, O Man, what is good. What does the Lord require of you, but to do justice, love mercy and walk humbly with your God?” MICAH 6:8
Read Less

Receive notifications about information and event scheduling for Gordon

There are no events scheduled. You can still show your support by sending flowers directly to the family, or planting a memorial tree in memory of Gordon W. Tellock.
Plant a Tree

We encourage you to share your most beloved memories of Gordon here, so that the family and other loved ones can always see it. You can upload cherished photographs, or share your favorite stories, and can even comment on those shared by others.

Posted Dec 16, 2020 at 02:19pm
Our deepest sympathy to the family from Carol and Leroy Thielman. We were their neighbors for many years on Fond Du Lac rd. We are still residing next door. I am sorry we did not know of Martha’s passing. They were the best neighbors. We have many memories.
Comment Share
Share via:
HS

Posted Dec 12, 2020 at 07:10pm
Please accept my most heartfelt sympathies for your loss... My thoughts & prayers are with you and your family during this difficult time. 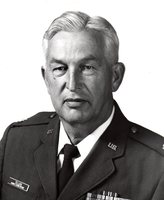