To share your memory on the wall of James Benson, sign in using one of the following options:

Receive notifications about information and event scheduling for James

There are no events scheduled. You can still show your support by sending flowers directly to the family, or planting a memorial tree in memory of James Allen Benson.
Plant a Tree

Posted Apr 09, 2020 at 04:37pm
Please accept our most heartfelt sympathies for your loss. We honor Dr. Benson's service to the students and instructors at UW Oshkosh. 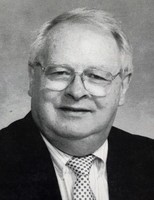