To share your memory on the wall of John Leschke, sign in using one of the following options:

Provide comfort for the family of John Leschke with a meaningful gesture of sympathy.


Jack was a member of St. Mary’s Catholic Church (now Most Blessed Sacrament) in Oshkosh and was a member of the Knights of Columbus. He gave of his time and treasure to both the church and the school.


Jack loved to golf and was a long-time member of the Oshkosh Country Club. In later years, he and Shirley travelled around the state and country playing at many different courses. He was a devoted Green Bay Packers fan and loved to watch Marquette basketball.


Jack was adventurous and loved to travel. He and Shirley made friends wherever they went and travelled the world visiting friends. Their second home was always their beloved Zihuatanejo, Mexico where they spent at least a month every year.


Most of all, Jack was known for the great gatherings with friends. The Leschke home was a warm place, filled with love and happiness. Jack was most generous with all his blessings. Visitors were greeted with “Come in, can I make you a drink?, come sit by the pool …”. He had a crazy sense of humor (like putting a cast on a sleeping friend’s leg). All generations melded together and there was never a dull moment.


Jack was preceded in death by his parents Rose and John, his sister Lois and brother-in-law Harry Bergner, and his sweet infant grandson Tony Leschke.


A glorious celebration of life will take place on Friday, February 8th at 11:00 am at Most Blessed Sacrament (St. Mary’s site), 619 Merritt Ave., Oshkosh, with visitation beginning at 9:00 am. In lieu of flowers or donations we ask that you jot down a memory of Jack for our scrapbook. Please bring to the service or e-mail joankelnhofer@gmail.com.
Read Less

Larry and Donna Larson and "YYYYYYnda Stein" aka Lynda Stein have sent flowers to the family of John Anthony Leschke.
Show you care by sending flowers

Posted Feb 07, 2019 at 09:27pm
What a GREAT MAN who lived a wonderful life. Prayers to all for peace during this time. Your DALLAS friends, Valerie Parkey and Karrah Gagnon

Flowers were purchased for the family of John Leschke. Send Flowers 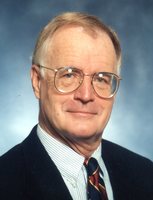