To share your memory on the wall of John Wolff, sign in using one of the following options:

John was born on October 7, 1929 to Margaret and Victor Wolff. He married Patricia Ives on March 10, 1952 in Oshkosh, WI. They shared 55 happy years together until his beloved “Patsy” passed away in 2007. John missed Patricia every day but became self-sufficient enough to stay in the home they loved until the day he died.
John is survived by their two children, Jeffrey (Vernice) Wolff of Oshkosh, WI and Peggy (Ted) Jesion-McCartney of Waupaca, WI. He is also survived by three granddaughters he loved and adored: Elizabeth Jesion of Madison, WI, who John took to her first day of kindergarten; Amanda (José) Gutiérrez of Denver, CO; and Brittany (Scott) Padjen of Seattle, WA, whose wedding John attended last year. Earlier this summer, John was delighted to meet his first great-grandchild, Diego Wolff Gutiérrez, with whom he formed an immediate bond.
A lifelong resident of Oshkosh, John attended Oshkosh High School and ran track at the University of Wisconsin-Oshkosh. After serving in the Army in the Korean War, John was a dedicated employee of Oshkosh Truck Corporation for 40 years. Upon retirement, he stayed active as long as he was able, riding his bicycle 10 miles every day until he was well into his 80s, crafting elaborate games for family holiday celebrations, and maintaining a meticulous yard. He enjoyed planting tulips and roses and “minding” the squirrels. His family will remember John’s witty sense of humor, self-discipline, and dedication to those he loved.
John is preceded in death by his parents; his oldest sister, Betty (Roman) Schmidt; and his only brother, Donald (Donna) Wolff. Along with his children and grandchildren, John is survived by one sister, Joan Wolff, of Wellborn, FL. He looked forward to Joan’s noon phone call every Sunday. John is also survived by his sister-in-law, Donna Wolff, and several nieces and nephews.
Having lived at the corner of Fabry and 19th Ave. for 48 years, all of John’s neighbors knew him and looked after him in his later years. John’s family is especially grateful to his kind and watchful neighbor, Nancy Wolf and his church friends Marsha and Brent who often took him for a meal after church. The family is grateful to the Oshkosh EMS team for their several responses over the past months as well as the compassionate care given by the ER staff and nurses at Ascension Mercy Campus.
John and his son, Jeff, spent countless hours together in the woods pursuing that trophy buck, turkey, goose, duck, or whatever else could be hunted. Their hunting stories were enjoyed during family get-togethers, and their father-son bond lasted until the end. It is for that reason that we ask guests to wear anything camouflage to John’s funeral. Any memorial funds will be directed to the organization called Empower Dream Hunt to sponsor a handicapped individual to go on a whitetail hunt.

John was a faithful member of First English Lutheran Church, 1013 Minnesota St. in Oshkosh, where services will be held on Saturday, August 15, 2020 at 11:00 a.m., with visitation beginning at 10:30 a.m. Interment will take place at Lake View Memorial Park immediately following the service. A light lunch will follow the interment at the home of Jeff and Vernice Wolff at 2660 Montclair Place in Westhaven, Oshkosh. Bring your own mask. COVID-19 protocols will be in effect as set out by the church. Online condolences to the family may be given at www.seefeldfuneral.com.
Read Less

To send flowers to the family or plant a tree in memory of John David Wolff, please visit our Heartfelt Sympathies Store.

Jeff and Peggy, so sorry to hear the passing of your father. Uncle John was a great man. We have wonderful memories of him. With great love, Brandon Donald Wolff and Marisela Wolff Boyles 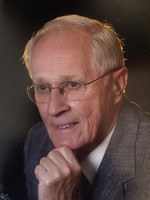