To share your memory on the wall of June Breager, sign in using one of the following options:

June loved the holidays, especially Christmas and always started her gift shopping early. She will be fondly remembered for her many thoughtful gifts and her special dinners and treats. She had a love of songbirds and collected many figurines proudly displaying them in beautiful glass cases handcrafted by Al. June shared a special bond with her sisters and enjoyed numerous trips and outings with them. She also enjoyed dinners with the Pettit’s, loved playing cards with family and always looked forward to seeing her nieces, nephews and their families. She was the quiet matriarch of the family who led by example and had a special way of putting a stop to a heated conversation with a simple “And”… She had a sweet sense of humor and touched the lives of all who knew her.

June was a lifelong member of Emmanuel United Church of Christ in Oshkosh and enjoyed many years of volunteer work and friendships with her fellow “Daughters of Sarah” group. She also traveled to California and participated in float-making for the Rose Bowl Parade, a fond memory for her. Because of her father’s service in the Military and as a Firefighter for the City of Oshkosh, June had a great respect for all of those involved in the Service Communities, and was extremely proud of her family members past and present who have served or are serving. She was also the biggest cheerleader for her children and grandchildren and was proud of all of their accomplishments.

A Celebration of June’s life will be held Friday, June 28 at Emmanuel United Church of Christ, Oshkosh WI with Pastor Andi Wolf officiating. Visitation 9:00-11:00 a.m., with Service to follow at 11:00. Private Burial will take place at Lakeview Cemetery, Oshkosh. The family would like to thank all those who gave of their time and care to June in her final months and days, including: PCP Dr. Rachael Vanden Langenberg, PA Paula Ferron, Rennes Health and Rehab Center 100 Wing Staff, and Unity Hospice, especially Nurse Alyssa and CNA Crystal, truly Angels on Earth. A special thank-you also to niece Sherry for her years of time and attention to Mom and “The Thiel Girls”, and to Beverly and John for their loving care in their home. In lieu of flowers a memorial is being established in her name. In memory of June, make your family and faith a priority, keep a sense of humor and smile often, work toward compromise, forgive mistakes, hug each other and love a lot.
Read Less

We encourage you to share your most beloved memories of June here, so that the family and other loved ones can always see it. You can upload cherished photographs, or share your favorite stories, and can even comment on those shared by others.

Dianne and John and your entire Culver's Family

Dianne and John and your entire Culver's Family purchased flowers for the family of June Breager.

Posted Jun 25, 2019 at 08:18am
Al used to make a certain kind of sprocket for a mini-bike for me when I was younger. When it was done, My father (Galen Comeaux) and I would go to their house to pick it up and June always had some kind of baked goodies for me to eat there and made sure we had some to take home. They were both very good friends of my Aunt and Uncle, June and Jack Lloyd. Sympathies to the Breager family and friends. Randy and Sharry Comeaux. Fond du lac, Wi.
Comment Share
Share via:
LG

Posted Jun 23, 2019 at 06:32pm
May Gods peace bring you comfort. Grandma June brings many happy memories. Our thoughts and prayers are with you all.

Posted Jun 23, 2019 at 05:05pm
Wishing you peace to bring comfort, courage to face the days ahead and loving memories to forever hold in your hearts.

The Merkel Family purchased flowers for the family of June Breager. 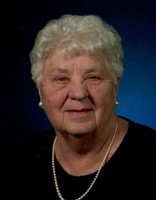