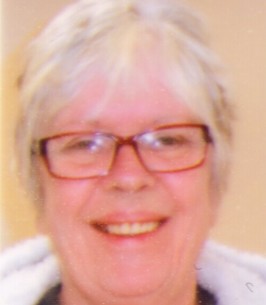 Mary Hesek (Kinney), age 71, passed away on Thursday, March 31, 2022. She was born in Oshkosh on August 30, 1950, daughter of the late Edward and Mary Ann Kinney. On July 14, 1999 she married Wayne Hesek. They had their ceremony at St. John Catholic Church in Oshkosh on July 14, 2000. Mary was proud to be a school bus driver for over 40 years. She enjoyed making ceramics, gardening and watching things grow, butterflies, lighthouses, and especially Elvis Presley. Further, she was an avid bowler and enjoyed playing Cribbage on Tuesday nights. Mary will be remembered for the love she had for children and her family.

Mary is survived by her husband, Wayne; children: Heather (significant other, Brian) Kinney, Ryan (Sandy) Kinney, Neil Hesek and Thomas Hesek; grandchildren: Jasa Kinney and her son Landen Longsine, Lucian Grahn and Amalthea Kinney; numerous great-grandchildren; and sister-in-law, Judith Kinney and her sons: Patrick, Mike, Danny and Kevin and their families. She was preceded in death by her parents; brother, Lawrence Kinney; and sister, Delores Kinney.

A visitation will be from 10:00 a.m. until the time of the memorial service at 12:00 p.m. on Tuesday, April 12, 2022 at Seefeld Funeral Home, 1025 Oregon St., Oshkosh. Online condolences may be expressed at www.seefeldfuneral.com.