To share your memory on the wall of Phyllis Reimer, sign in using one of the following options:

She was born on January 17, 1935, the second of three daughters born to the late Phillip and Esthe... Read More
Phyllis L. Reimer, “Phissy,” age 85, passed away peacefully on September 17, 2020 after a lengthy struggle with Parkinson’s Disease.

She was born on January 17, 1935, the second of three daughters born to the late Phillip and Esther (Geyso) Lee. Phyllis grew up in Omro and graduated from Omro High School. On June 21, 1958 she married the love of her life, Edward Reimer, at St. Mary’s Catholic Church in Omro. They were happily married for 62 years.

Phyllis worked at the Winnebago County Social Services office in Oshkosh for a number of years. In 1959 she and Ed moved to Texas where she worked for Prudential life Insurance Company in the Dallas and Houston offices. After surviving Hurricane Carla in 1961, they moved back to Wisconsin when Ed became the City of Oshkosh Building Inspector in 1962. Shortly after returning to Oshkosh, Phyllis was promoted to full-time mother of two children, born only 11 months apart. She excelled in her new position earning numerous awards including Mother of the Year for 58 consecutive years.

Besides being a loving wife and successfully raising two children, Phyllis further excelled in the culinary field. Our family will never forget, or be able to duplicate, the pies, potato pancakes, cookies, dill pickles, oxtail soup, cherry cheese cake, kraut kuchen, candies, apple slices, steamed pudding, chocolate covered cherries, jams, jellies, and peanut butter balls. She made these all from scratch with ease and perfection. Phyllis was also a master of embroidery, sewing and knitting. She sewed clothes for her children when they were small. Later she spread cheer by giving away warm, perfect fitting, stylish socks that had love knitted into every stitch. Phyllis passed on her talent for sewing and knitting to her daughter. She also enjoyed reading, cherry picking trips to Door County, sale shopping, and occasional trips to Las Vegas, Atlantic City and the western national parks.

Phyllis was preceded in death by her parents, Phillip and Esther Lee; mother and father-in-law, Frank and Elsie Reimer; and sister and brother-in-law, Betty and Henry Stadtmueller.

Phyllis will be dearly missed by her devoted husband, Ed of Oshkosh; dedicated son, Kenneth (wife, Judy who so lovingly helped with everything) of the Town of Omro; compassionate, loving daughter, Brenda Eiden (husband, Rick who loved to give her special hugs) of Divide, CO; sister, Dorothy (Duane) Buehring of Oshkosh; and numerous nieces and nephews.

There will be no funeral service. Phyllis will be buried at Lakeview Memorial Park, Oshkosh.

The family would like to thank the staff at Evergreen for their excellent care of Phyllis. Special thanks to Vanessa Frank for going above and beyond in meeting the needs of Phyllis and her family.
Read Less

Receive notifications about information and event scheduling for Phyllis

There are no events scheduled. You can still show your support by sending flowers directly to the family, or planting a memorial tree in memory of Phyllis Loretta Reimer.
Plant a Tree

We encourage you to share your most beloved memories of Phyllis here, so that the family and other loved ones can always see it. You can upload cherished photographs, or share your favorite stories, and can even comment on those shared by others.

Posted Sep 20, 2020 at 02:00pm
I knew from day one that Phyllis would be a wonderful mother-in-law and she never disappointed. She was a kind, thoughtful lady with a loving spirit. She will be dearly missed.
Comment Share
Share via: 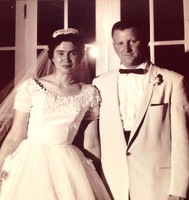 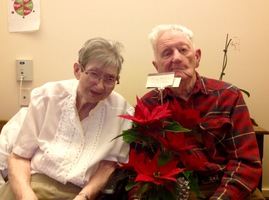