To share your memory on the wall of Roy Gabrielson, sign in using one of the following options:

Roy was a custodian for the Oshkosh Area School System, at Jefferson and Smith Elementary schools, and became head custodian at Franklin Elementary, where he retired. Roy was known to teachers, students and parents as “Mr. Bud”, and well-liked by everyone for his hard work and helpfulness. Former students and their parents would often greet him in public even after being retired for many years.

Roy loved to fish and hunt, and was a good marksman. He would regularly get the highest score in trap shooting among his family members. Roy also loved to build woodworking projects, and many of his friends and family are proud to have some of the many bookcases, tables, birdhouses and other items he built. He loved fixing things, and people would seek him out for his help and expertise.

Roy was very proud to be a veteran of the Korean War, and he looked forward to attending Veterans Day presentations at Oshkosh schools every year. He was thrilled to have the opportunity to participate in an Old Glory Honor Flight to Washington DC in 2015 along with other veterans.

A memorial service for Roy will be held at a later date. No memorials or donations have been set up at this time.

Our family would like to thank the doctors, nurses and staff at Aurora Medical Center, and the Vince Lombardi Cancer Center for all their help and support. We would also like to thank Aurora Hospice, especially Brittany, Stephanie, Ka Bao, Mary and Karen, for the caring support they gave to Roy and the rest of our family.
Read Less

Receive notifications about information and event scheduling for Roy

There are no events scheduled. You can still show your support by sending flowers directly to the family, or planting a memorial tree in memory of Roy Martin Gabrielson.
Plant a Tree

We encourage you to share your most beloved memories of Roy here, so that the family and other loved ones can always see it. You can upload cherished photographs, or share your favorite stories, and can even comment on those shared by others.

Plant a Tree in Memory of Roy
Plant a tree 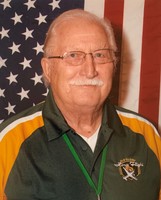