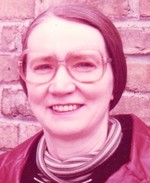 Dr. Saralou “Sally” Reid (née Leavy), age 89, passed away on Sunday, March 15, 2020. She was born in Vincennes, Indiana on December 9, 1930, the daughter of the late James and Bertha Eunice (DeBerry) Leavy. She grew up in Bicknell, Indiana. On September 7, 1963 she married her husband of 56 years, Dr. Ronald H. Reid in Bloomington, Indiana. Dr. Sally Leavy Reid received her B.S., M.S., and Ed.D degrees from Indiana University Bloomington. She taught kindergarten and primary grades in the public schools of Indiana for eleven years, while also serving as a supervising teacher for the training of student teachers from Indiana, Ball State and Butler Universities. At the college/university level, Dr. Reid taught mass communication courses at Ripon College for several years and was a member of the professional staff of the University of Wisconsin, Oshkosh for twenty years. During her career she was an active member of the Delta Kappa Gamma professional women’s education organization and served as Chairperson of the Scholarships Committee. She authored the children’s book Mommakitty’s Surprise in the 1990s. Sally enjoyed her travels, both throughout the states and the world, with Ron. She will be dearly missed and remembered for the love she had for her family, and the strength, courage and determination she exhibited during her life and gave to her husband and son.
Sally is survived by her husband Ron, and son, Dr. Gregory Reid. She was preceded in death by her brother, James (Miriam) Leavy.
A private family burial will be in Lakeview Memorial Park, Oshkosh.
The family expresses special gratitude to the nurses at Evergreen Retirement Community, and Aurora Medical Center, especially Karie Chapman NP, for their wonderful care.