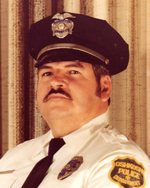 Thomas N. Ziebell, age 79, passed away on Tuesday, April 2, 2019. He was born in Oshkosh, WI the son of the late Ralph and Evelyn (Bishop) Ziebell. He was raised in Philadelphia, PA until the age of 15 when his family returned to Oshkosh. He attended Oshkosh High School.

Tom joined the Naval Reserve and then joined the U.S. Navy in November 1957. He served through November 1961 during The Cold War. He went to the Great Lakes Naval Station for basic training and corpsman school then transferred to the aircraft carrier USS Valley Forge. He worked in the dental department as a Dental Technician. While on the carrier he traveled to Cuba, Bermuda, Nova Scotia and up and down the East Coast. The USS Valley Forge lost its flight deck during a hurricane off the coast of North Carolina. He went to the Brooklyn Naval Yard for six months for the repairs to the flight deck.

When Tom got out of the Navy he returned to Oshkosh and worked at the Winnebago State Hospital, the Leach Company and then the Oshkosh Police Department, where he worked until he retired in 1997. While on the police force he was a training officer and he enjoyed working with the new officers.

Tom married Judith M. Chase on September 21, 1963. They had three daughters, Julie, Susan and Debra. Tom was a part of the Big Brother’s Program where he met 11 year old Jim Messing. Jim and his wife LuAnn and their family have been a part of the Ziebell Family for 48 years.

Tom was a member of the Elks Lodge #292 and the American Legion Post #70. He enjoyed going to the family cottage in Mount Morris. He loved fishing, swimming and boating at the cottage. Tom was on a golf league and a bowling league in his younger years. He was an avid sports fan, with his favorite teams being the Green Bay Packers, the Milwaukee Brewers and Wisconsin Badgers Football. He also enjoyed watching golf.

Tom and Judy enjoyed many trips to South Dakota and Wyoming. A few of their favorite places were The Devils Tower and Yellowstone National Park in WY. Their absolute favorite was Deadwood, SD. where they gambled at Kevin Costner’s “Midnight Star Casino”.

Tom will be especially remembered for his huge personality, sense of humor and his generous heart. He was a wonderful husband, father, grandfather, brother and son. He will be greatly missed and forever loved!

A visitation will be from 10:00 am until the time of the funeral service at 12:00 pm on Friday, April 12, 2019 at Seefeld Funeral Home, with Rev. Dave Eisley officiating. Burial will be in Lakeview Memorial Park, Oshkosh, followed by a lunch at the Elks Club at 175 W. Fernau Ave.