To share your memory on the wall of Audrey Rhyner, sign in using one of the following options:

Receive notifications about information and event scheduling for Audrey

We encourage you to share your most beloved memories of Audrey here, so that the family and other loved ones can always see it. You can upload cherished photographs, or share your favorite stories, and can even comment on those shared by others.

Posted Jan 16, 2019 at 10:50am
Our heartfelt sympathy in the loss of Mom, "Amma" and Audrey as you remember all the wonderful memories. With our love and prayers.

Rick and Joan purchased flowers for the family of Audrey Rhyner.

Posted Jan 11, 2019 at 05:31pm
I am so terribly saddened to learn of Audrey's passing. After some 30 years of staying at her lovely home on 11th Avenue during the EAA annual AirVenture convention/fly-in I came to feel like one of her family. After Harry passed away in 2002 , Audrey and I came to be more like brother and sister. I spoke with Audrey on Christmas Day as has been my habit for several years. Her passing will leave a void in my life as well as many others who knew her. She was special.
Comment Share
Share via: 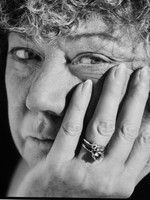