To share your memory on the wall of Earl Stahl, sign in using one of the following options:

Earl is survived by his wife of 25 years Laurel, his children Mark Stahl, Leonard Stahl, Gordon (Andrea) Stahl, David Stahl, Karl Stahl, and Katherine Stahl, stepchildren Erin (Vincent) Goffette and Chris (Janessa) Core, and numerous grandchildren and great-grandchildren. He is also survived by his dear cousin Nola Raymond. Earl was preceded in death by his parents and four older siblings, including two sisters who succumbed to the Spanish Flu epidemic in 1919. He was also preceded in death by his first wife Suzann and their son Kurt, and by his second wife Alice and their son Kevin.

In retirement, Earl enjoyed gardening, wine-making, playing bridge, hunting, fishing, traveling, rock-hounding, genealogy, and writing poetry, as well as publishing a book and award-winning articles about wolves. Earl and Laurel enjoyed fly fishing with flies they learned to tie themselves. Earl had acquired the skill of hunting and a focus on conservation issues from his father, and it was then his pleasure to be able to share his love of outdoor activities of all kinds with his own children and grandchildren. He was a regular contributor of articles and book reviews on environmental issues to natural resources journals. He was currently a Winnebago County delegate to the Wisconsin Conservation Congress, serving on the Wolf Advisory Committee. He was a founding member of Wisconsin Wolf Facts (WWF) and, as a member of Wolf Education International (WEI), he consulted with experts from many countries, most recently at a meeting in Helsinki, Finland. He passionately played trombone in the Neenah Community Band. In summers, Earl participated in local classic car shows with his 1953 Ford Crestline Victoria, the same model as his very first automobile. Earl was a member of St. Thomas Episcopal Church in Menasha where he served on the vestry and in the music ministry.

Our family is grateful for the wonderful medical care and genuine thoughtful attention Earl received at Mercy. It was Earl’s wish to not have a funeral service. His ashes will be interred in Ellenwood Cemetery, Oshkosh. If you wish to make a memorial contribution, please consider the Double Portion meal outreach ministry at St. Thomas Church, 112 Washington St., Menasha, WI, 54952.

To send flowers to the family or plant a tree in memory of Earl Stahl Jr., please visit our Heartfelt Sympathies Store.

Receive notifications about information and event scheduling for Earl

We encourage you to share your most beloved memories of Earl here, so that the family and other loved ones can always see it. You can upload cherished photographs, or share your favorite stories, and can even comment on those shared by others. 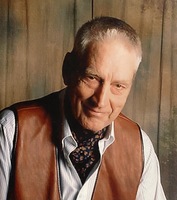 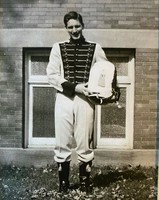