To share your memory on the wall of John Burmeister, sign in using one of the following options:

John loved his country and served in the Navy for four years.

John was a devoted husband, father, grandfather, great grandfather, and friend to many. He retired from Freight Con as a forklift operator, or as he called himself, a dock hand. He then decided that retirement was not for him, so he took a part time job with Fox Valley Iron & Metal. He loved life itself, God, Family, Bingo, Casinos, and Poker.

Gloria would like to say a special Thank you to the staff at Mercy Medical, all the nurses that took care of my dad and the chaplains that were with him.

To send flowers to the family or plant a tree in memory of John Robert Burmeister Sr., please visit our Heartfelt Sympathies Store. 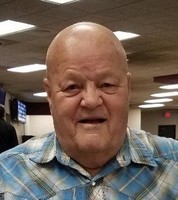