To share your memory on the wall of Leslie Burgess, sign in using one of the following options:

Leslie grew up on the south side of Tucson, AZ. He graduated from Sunnyside High School, class of 1986. He married Emy Rodriquez right out of high school they were married for seven years. He worked as a stereo installation guy for a few years then went on to become a CNA which he enjoyed. He worked with dementia patients. He then went on to ABC Tech Trade School to get his Automotive Mechanic Degree. He married Sarita Elston whom he was married to for 13 years. Leslie moved to Wisconsin in 2011 where he met and married Lyn Quest whom he was married to for four years. Leslie was a diehard Cowboys fan and enjoyed NASCAR racing, fishing, and he loved to cook. He had a dry sense of humor and loved to joke around with people just like his dad.

Services to be held in June. Date to be announced at a later time. In lieu of flowers, memorials may be made to American Heart Association in Leslie’s name.
Read Less

Receive notifications about information and event scheduling for Leslie

There are no events scheduled. You can still show your support by sending flowers directly to the family, or planting a memorial tree in memory of Leslie Robert Burgess Jr..
Plant a Tree

We encourage you to share your most beloved memories of Leslie here, so that the family and other loved ones can always see it. You can upload cherished photographs, or share your favorite stories, and can even comment on those shared by others.

Plant a Tree in Memory of Leslie
Plant a tree 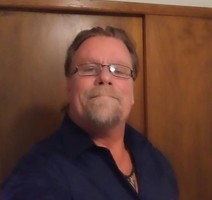