To share your memory on the wall of Steven Reimer, sign in using one of the following options:

Steve was born on August 11, 1949 to the late Betty and Gaylord Reimer. He was the oldest of their two sons, with a younger brother named Gary. Fro... Read More
Steven Clark Reimer, 70, of Omro, passed away surrounded by his family on April 17, 2020.

Steve was born on August 11, 1949 to the late Betty and Gaylord Reimer. He was the oldest of their two sons, with a younger brother named Gary. From an early age Steve was a highly motivated young man. In his teen years he worked on local farms and was very active in sports. He graduated from Omro High School and then attended college at UW Oshkosh.

The Oshkosh Giants Baseball Club made its return to amateur baseball in 1971 and in 1973 Steve took over as owner/general manager/coach. He guided the team for seven years. During that span, the Giants were NBC District champs twice and runners-up in the Wisconsin State League twice. Also, during this time he played a major role in lights being installed at E.J. Schneider Field and in 1976 the Giants began playing under them. It was during that season the Giants played a total of 55 games under Steve's leadership. Steve played an essential role in establishing the Oshkosh West Flyers and coached for many years. He also coached for Oshkosh Youth Baseball, Oshkosh West baseball and football, Oshkosh YMCA football, and Omro High School baseball and football. Steve was also an active member of the Snitz Club and enjoyed umpiring throughout the Fox Valley. Over the course of his lifetime he had the pleasure of coaching thousands of children and adults. His accomplishments are too numerous to acknowledge here.

Steve married Tammi in 1980 and he was a loving devoted father to their five children, Deanna, Casey, David, Stephanie, and Michael. He
was employed as a big machine mechanic with the company Pluswood for over 35 years from which he retired from in 2017.

Many people knew Steve better as Coach Reimer. He had a passion and a love of sharing sports, especially baseball, basketball, and football. Any new season would start off with his speech about his expectations of his players priorities. 1. Family comes first. 2. School 3. Then sports. He wanted those kids to learn not only respect for others but for themselves. You could often hear him challenging the young athletes to help a classmate, a neighbor, or their parents. He would encourage them to say hello to someone they didn't know and to hold a door open for a stranger. It was never just about the game, it was so much more than that. He stressed the importance of setting personal goals and working as a team. Sometimes coaching was hard and we often asked him why he kept doing it. He answered, “I don't do it for the parents, some days they will love me, some days they will hate me. I do it for the kids.” He pushed not only his own kids, but friends and anyone he knew to be better or to do more.

His greatest source of pride was not the wins or losses, honors bestowed, or championships won. It was the love and passion for teaching life skills on and off the field that would give kids the tools necessary to become the best adults they possibly could be. He did this through his own relentless hard work and never quit attitude.

When you couldn't find Steve at some sporting event, he could be found shooting at the trap club or up at the cabin with his sons and his friends. He loved hunting and being in the woods and raised his kids to love the outdoors. After retiring he remained active in the community and enjoyed travelling to Florida with close friends, and a family trip to Germany for his youngest son's wedding. He always looked forward to his yearly trip to the WIAA State Boys Basketball Tournament which he attended the past 40 years. Most of all he loved spending time with his kids and their families. He even had the opportunity to be a coach for his own grandchildren. No one could ever deny how much he loved his kids and grandkids. While being called “Coach” brought him immense joy, the title of Dad and then Grandpa were his greatest honor.

Steve was an amazing man who will be deeply missed not just by his family and friends he leaves behind, but also by those who called him Coach. He was a man who was able to give a part of himself to everyone he met, a man who lives on in the center of each of us.

In lieu of flowers and gifts, memorial donations will be used to purchase sporting equipment that will be donated to Omro High School. Condolences and donations may be made to "The Family of Steven Reimer," and mailed to 4586 Rivermoor Rd, Omro, WI 54963.
Read Less

Receive notifications about information and event scheduling for Steven

There are no events scheduled. You can still show your support by sending flowers directly to the family, or planting a memorial tree in memory of Steven C. Reimer.
Plant a Tree

We encourage you to share your most beloved memories of Steven here, so that the family and other loved ones can always see it. You can upload cherished photographs, or share your favorite stories, and can even comment on those shared by others.

Plant a Tree in Memory of Steven
Plant a tree 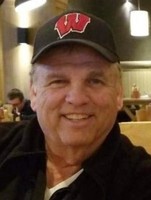