To share your memory on the wall of William Monroe, sign in using one of the following options:

Whether you knew him as Bill, Billy, Pa, Ace, Chief, Grandpa or some other name, you knew a good, kind, generous soul. Bill was a veteran of the United States Air Force and he was stationed in Puerto Rico for a significant amount of time. Whether it was Puerto Rico or the beaches in North Carolina, Bill enjoyed the ocean and sunshine. The real sunshine occurred when he returned to Wisconsin and met his future bride, Darryl Ann Ware. They were married in Pine River, Wisconsin and later moved to Oshkosh where they raised their seven children. Bill’s wife and his children were the center of his life – he was a wonderful husband and a great dad. He led by example and had an easy-going nature except when it came to playing cards - especially 500 Rummy. Simple pleasures like old radio recordings of Gunsmoke, a cold Coke, and good homemade bread and butter brought him happiness. His children’s spouses were treated like his own children and his gentle teasing made the family laugh - even the littlest grandchild knew there wasn’t a drain plug in the ocean to let out the water! Most of all he was happiest when surrounded by family, but not as the center of attention.

Special thanks to his medical team and to Scott and Tracy for their wonderful care of Dad which allowed him to fulfill his wishes to peacefully pass at home.
Read Less

To send flowers to the family or plant a tree in memory of William Clarence Monroe Jr., please visit our Heartfelt Sympathies Store.

Receive notifications about information and event scheduling for William

We encourage you to share your most beloved memories of William here, so that the family and other loved ones can always see it. You can upload cherished photographs, or share your favorite stories, and can even comment on those shared by others.

The Poker Crew, Jessica Lewis, Deb Kryzyanowski, Deb Ristow and Sa, and other have sent flowers to the family of William Clarence Monroe Jr.
Show you care by sending flowers

The Poker Crew purchased the Large Basket Garden for the family of William Monroe. Send Flowers

Posted Feb 13, 2020 at 09:23pm
Please accept our most heartfelt sympathies for your loss... Our thoughts are with you and your family during this difficult time.

Posted Feb 12, 2020 at 01:34pm
Our thoughts and prayers are with your family. With deepest sympathy, 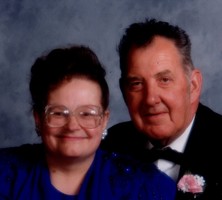